A guide to witnessing (and capturing) the spectacular Perseid Meteor Shower 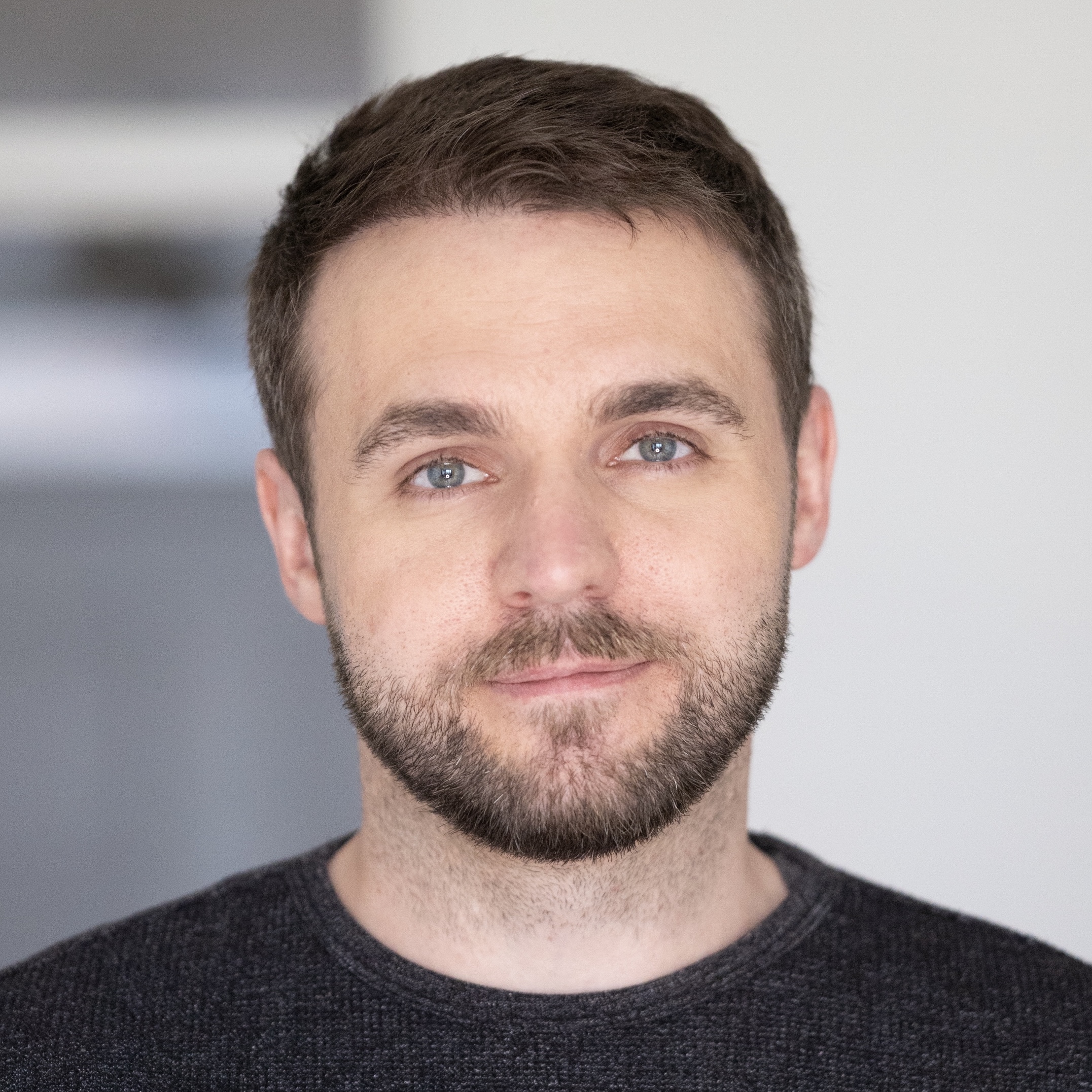 The Perseid Meteor Shower is an unmissable annual event in the sky. It’s perfectly safe and thrilling to witness, alone or with friends, and you don't need any special equipment to see it - just your eyes! Read on for our guide to making the most of this year’s Perseids.

A bright Perseid meteor appears between the clouds over Blackheath, London

What causes the Perseid Meteor Shower?

Every year around mid-August, our planet plunges through a vast cloud of debris deposited around the Sun by an ancient comet. Discovered independently by both Lewis Swift and Horace Tuttle in July 1862, comet Swift-Tuttle completes one orbit every 133 years, varying in its distance from the Sun by a factor of fifty times. At perihelion – its closest approach – it is approximately the same distance from the Sun as the Earth, but at aphelion – the farthest point – it swings out to a range comparable to that of Pluto when it is at its most remote. When Swift-Tuttle cruises through the inner Solar System – something that will not happen again until the early years of the 22ndCentury – its volatile surface, composed of frozen gasses and other icy material, fractures and crackles from the heat, ejecting countless fragments into the surrounding space.

It’s these fragments – quietly minding their own business – that suddenly find themselves being struck by a planet, entering our atmosphere at extremely high speeds exceeding thirty miles per second. The air in front of an incoming meteoroid, unable to move out of the way fast enough, is rapidly compressed by ram pressure. It becomes superheated, in turn cooking the inbound object until it disintegrates well above the Earth’s surface. From the ground, these typically pebble-sized pieces streak across the sky as silent flashes of light, delighting and exciting onlookers. 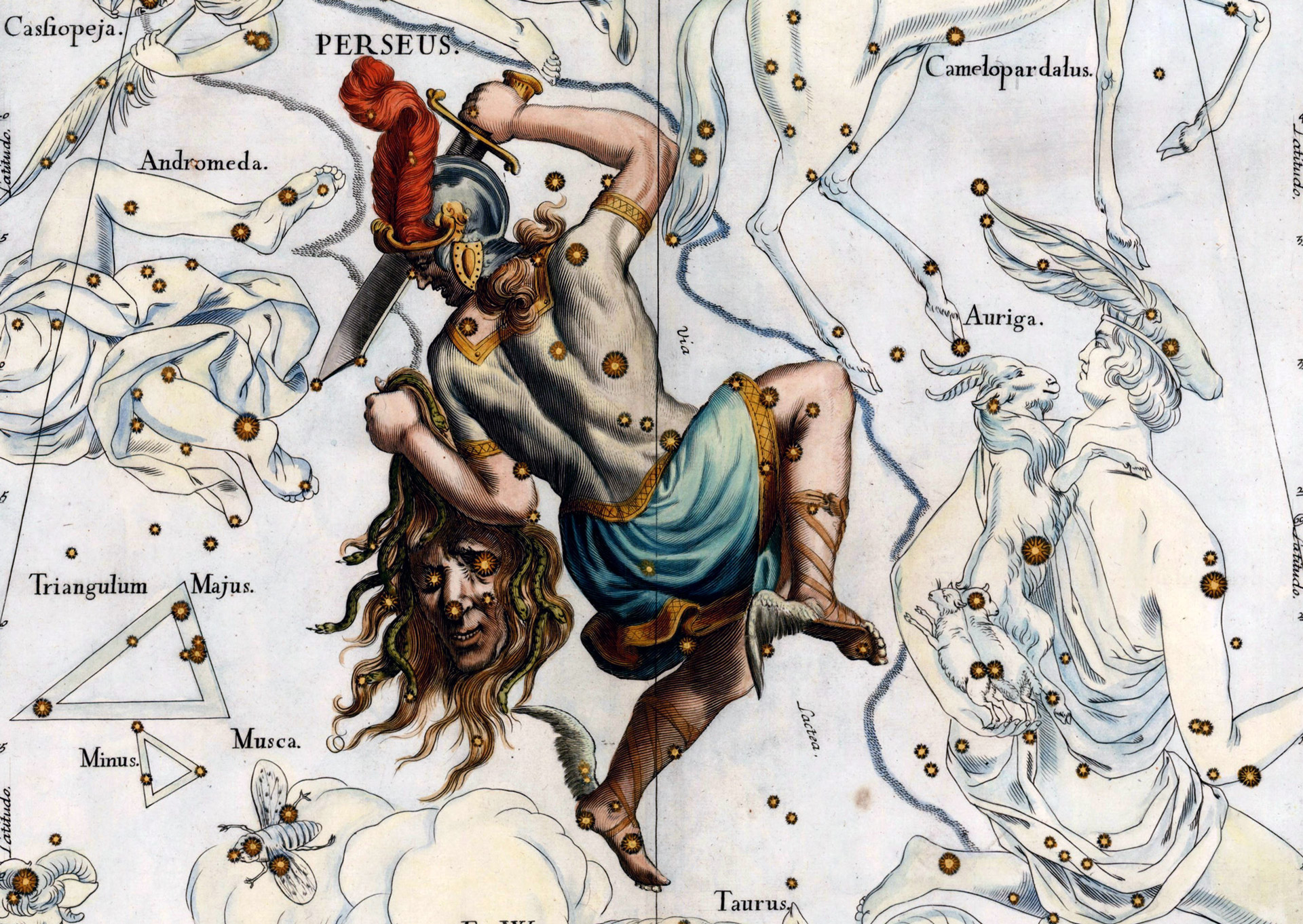 Perseids appear to originate from the ancient constellation Perseus, which commemorates a hero of Greek legend

The Perseid Meteor Shower, or simply the Perseids, is one of the most active and reliable showers in the annual calendar, producing a very high rate of shooting stars for a short period across its peak. Meteor showers inherit their names from the constellations they appear to come from. The Perseids radiate away from a spot in the constellation Perseus (the hero of ancient Greek legend) which takes pride of place in the autumn or fall night sky. In late summer, it’s still low in the northeast after sunset, rising into the east as the sky reaches its darkest.

What to look out for

When the origin point of the meteors – known as the radiant– appears low above the horizon, we see fewer meteors, but those which do appear to us tend to shine for longer as they skim the atmosphere at a glancing angle. These are called earth-grazing meteors. As the radiant rises throughout the night, more meteors are seen but they also appear to be more fleeting. Nevertheless, the higher the radiant, the better the chances. If the radiant was right above your head during the peak on a perfectly clear, moonless night in an ideal stargazing site, you would see the Zenithal Hourly Rate (ZHR) which for the Perseids is about 100 per hour. Be wary of media reports promoting this figure – it’s an idealised scenario, and we can all expect to see fewer than this. From an urban site, you may see one or two dozen per hour. From a dark site, it’s possible to see around 50-70 per hour. 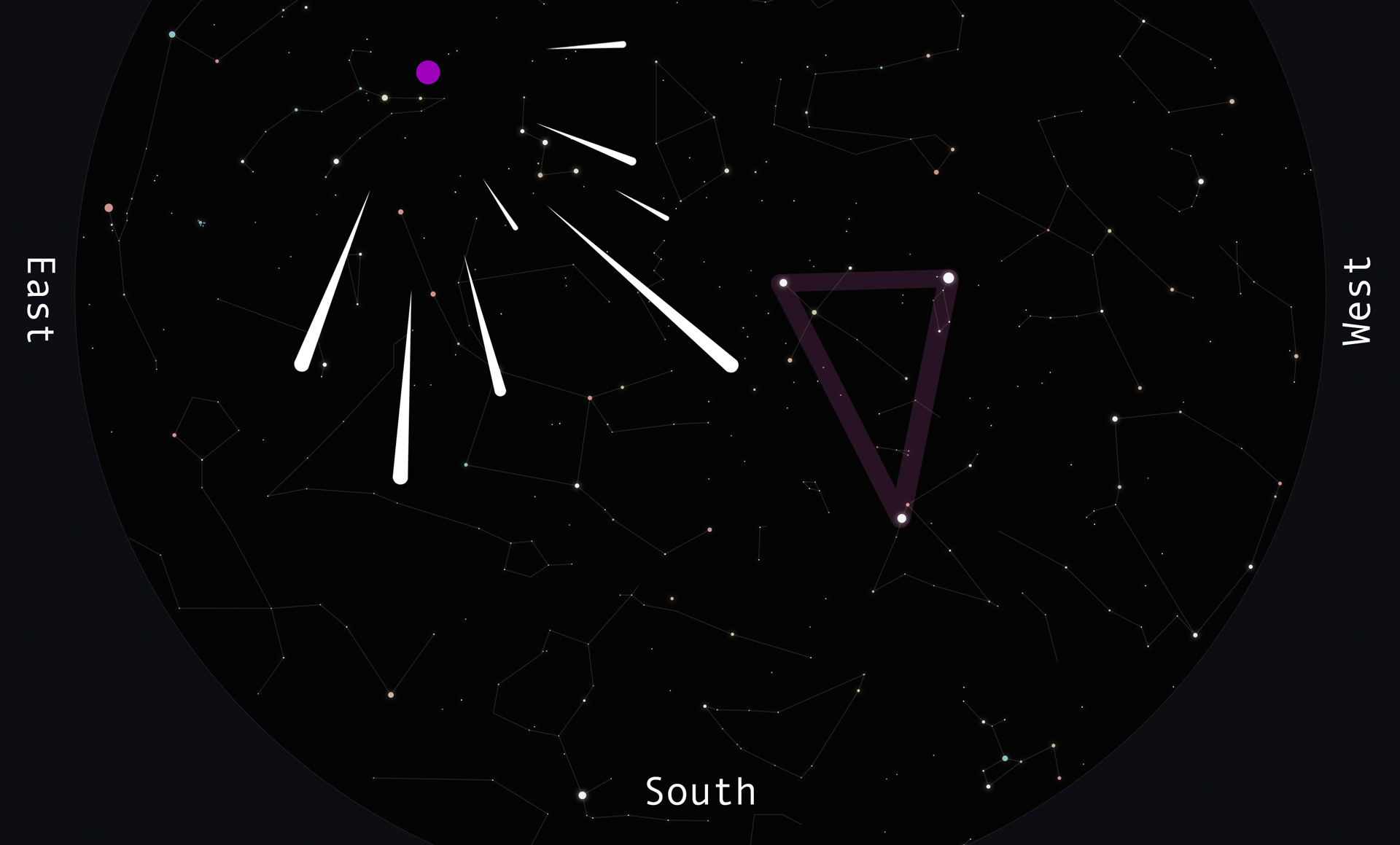 This chart shows the positions of the constellations as seen from mid-northern latitudes around midnight during the peak dates of the Perseid Meteor Shower. When looking south, Perseids travel from behind you to your left, in the north east, to all other parts of the sky. The Summer Triangle (highlighted) is a good location to watch, as well as to point your camera.

Meteors vary greatly in brightness as the incoming pieces of cometary debris range in size. The largest pieces produce unmistakable fireball meteors, which light up the sky and emblazon themselves on your memory. Fireballs, by definition, outshine even the brightest planet – Venus – and often leave faint trails that linger in the sky for several seconds, called persistent trains. Pay attention to the colours that flicker from brighter Perseids. They’re known to be particularly colourful meteors, and the various hues they release reveal the chemical composition of the icy material that makes up comet Swift-Tuttle. 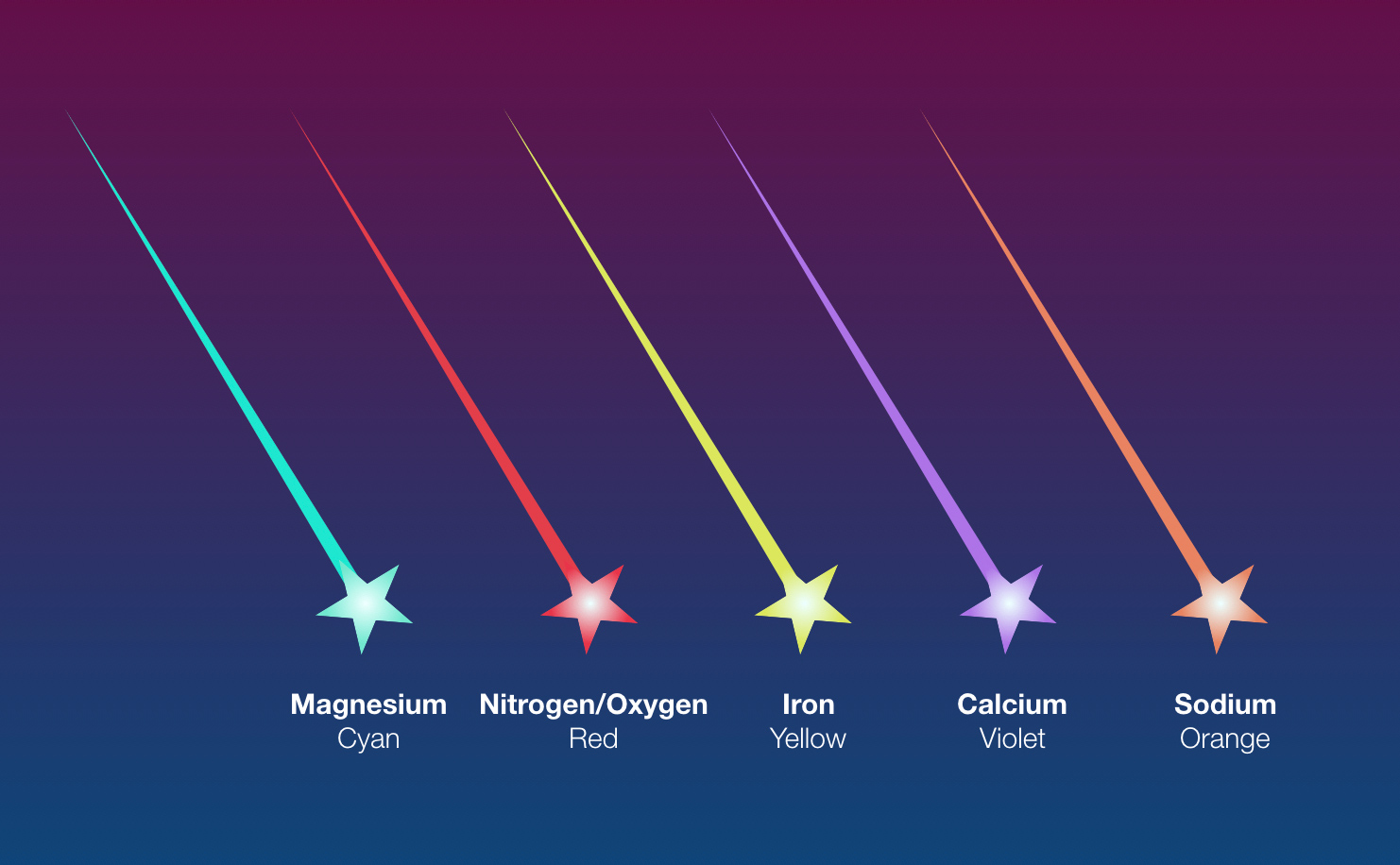 As shown in our Stargazing Made Simple course, meteors exhibit colours that reveal their chemistry as they disintegrate

The large, bright asterism known as the Summer Triangle is a good marker for identifying Perseids. They pass by or through the Triangle travelling from the east to the west – left to right as seen when facing south. The Summer Triangle is surrounded by beautiful star patterns to occupy you whilst you wait for a meteor. Keep your attention here for a while, and eventually your patience will be rewarded.

When is the best time to view the Perseids?

The best time to view any meteor shower is a balancing act between the height of the radiant and the darkness of the sky. Around solar midnight (1:00 am on Daylight Saving Time) the sky is darkest, but Perseus continues to rise higher into the morning hours, so the later you stay up the better it gets until the sky begins to brighten again before the dawn. From experience, the best hour for viewing Perseids is between 3:00-4:00 am, so set an alarm or schedule an all-nighter if the forecast is clear!

The very highest rate occurs at the very peak of the shower, which lasts for a few hours, but the Perseids have a broad peak, so good rates are seen over several nights. If the weather allows, why not go out several times across the peak week? The earliest Perseids are seen around mid-July and the latest towards the end of August, as it takes Earth several weeks to pass through the debris stream.

In 2021, the Perseids peak is scheduled to occur at 19:30 GMT on Thursday 12 August. In the UK, Europe and farther east, the best views will occur in the early hours of Friday 13 August. In the US, both Thursday and Friday mornings will be about equally good. 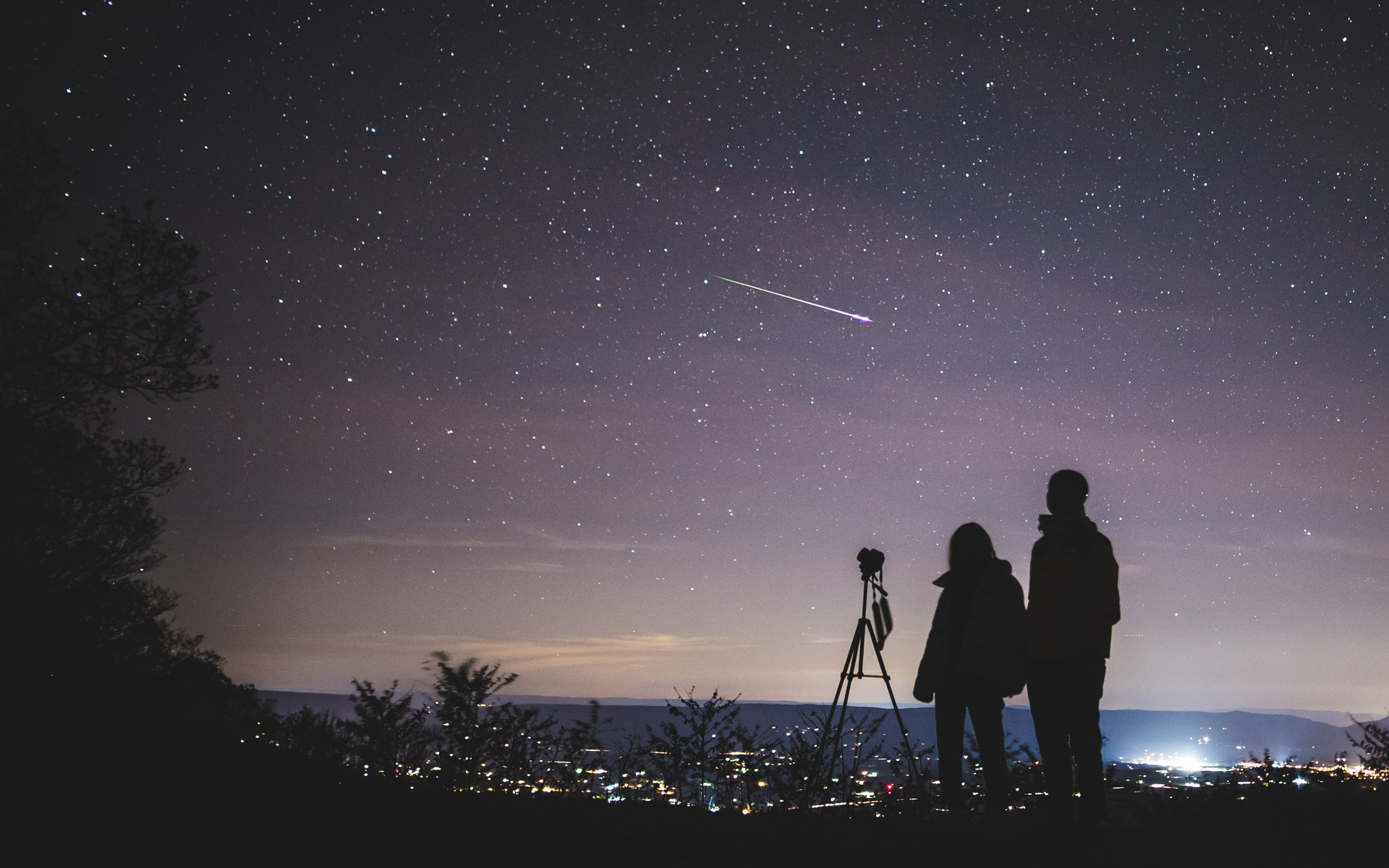 How to photograph meteors

Photography is a great way to record your meteor-watching memories! Modern DSLR cameras are more than sensitive enough to capture bright meteors provided the shutter is open at the right moment, but you’ll need to pay attention to particular challenges of astrophotography. The night sky is a dark scene, so you’ll need a fast lens attached to your camera and a tripod to keep it steady during long exposures.

Use your camera’s live view and manually focus on a bright star, then take some test shots and experiment with different exposure times. For a wide-angle lens, anything up to 30 seconds will be possible before the stars begin to streak through the shot as the Earth rotates. Having your shutter open for a long time is the key to capturing a meteor. Use a remote shutter or intervalometer to take continuous shots for you, so you don’t have to keep going back to your camera. You can enjoy the shower yourself, and then review your photos later to see if you captured any. They appear is streaks of light which usually brighten towards the end before rapidly fading out. Be careful not to confuse satellite trails, which are lines of constant brightness, for Perseids! 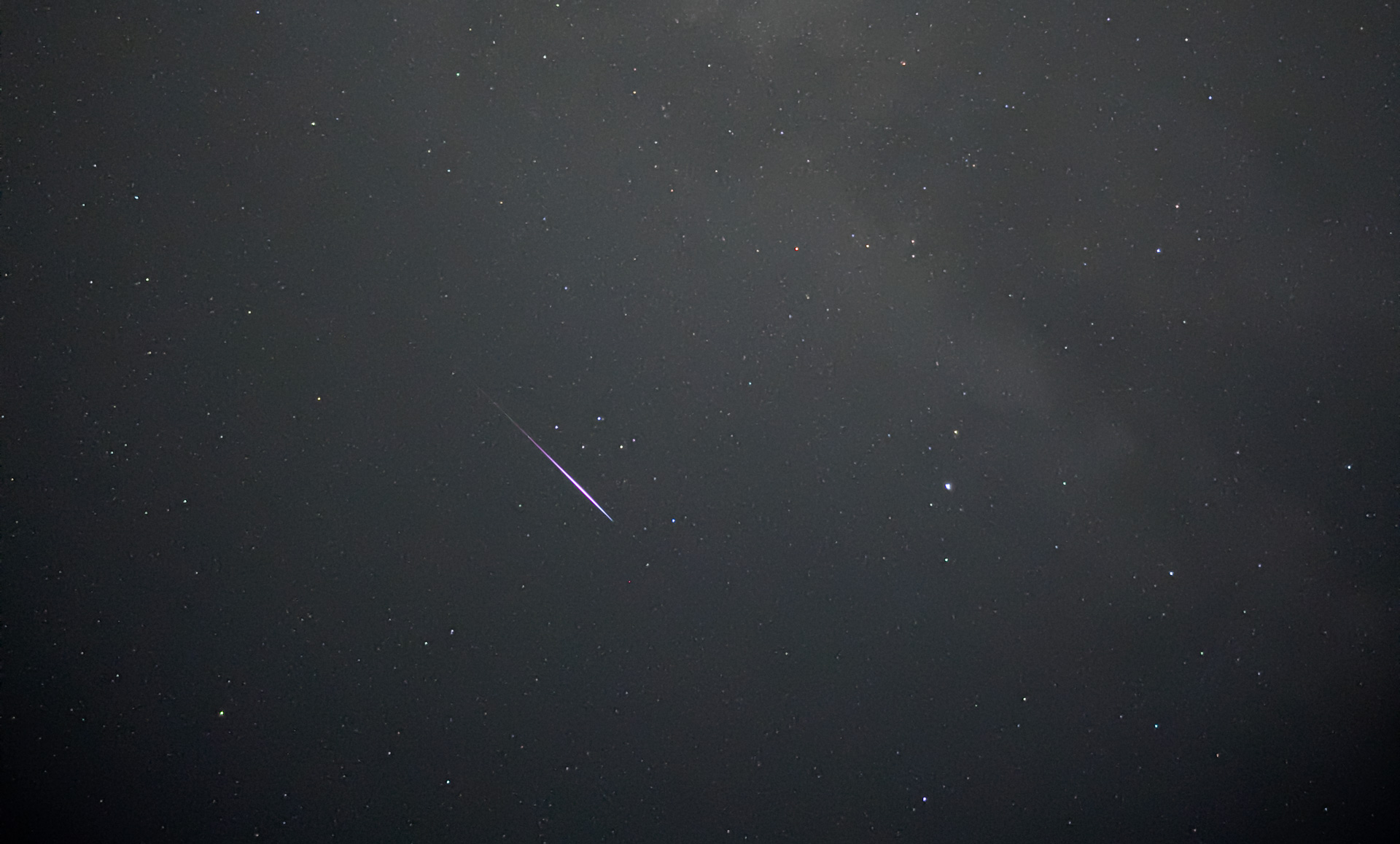 An iPhone 12 Pro Max photo (30-second exposure) showing a Perseid meteor passing the small constellation Delphinus. The bright star in the centre-right of the photo is Altair - the southern star of the Summer Triangle

Don’t have a dedicated camera and lens? Try using your smartphone! Modern phones are remarkably capable at capturing meteors in front of starry skies, thanks to their fast optics and software-driven noise reduction. If your phone has a ‘night mode’ or astrophotography feature, you can set it up on a tripod as a meteor camera. Manually set the exposure to the longest available - for example, 30 seconds on the iPhone. Fire away and check out the results. You may be surprised by what you see!

You can learn much more about annual meteor showers and other events in the sky by taking the complete Stargazing Made Simple course. Click here to find out more.

The Stargazing✦London blog provides news, updates and articles from our team of expert astronomers.

To see all the courses we offer, click here.